We have 4 Manchester Terrier (Toy) Pictures:

Their short coat is smooth, dense, and glossy. The Toy Manchester Terrier has a distinctive black and tan coat color like the standard Manchester Terrier, with a small tan spot over each eye and on each cheek. These dogs have alert expressions due to their bright black eyes. Despite their small frames, they have full, powerful jaws and teeth that form a true scissors bite.

The Manchester Toy Terrier is a friendly, devoted pup that can be a great companion! They tend not to be aggressive or shy, so they get along well with other dogs and people as long as they’re socialized as puppies. However, don’t get a Manchester Toy Terrier if you want to be a super laid-back owner — this breed enjoys testing boundaries, and will need gentle, firm training.

In the 1920s, the Toy Manchester Terrier was called the Toy Black and Tan Terrier! 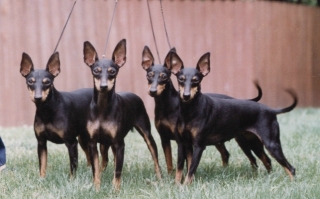 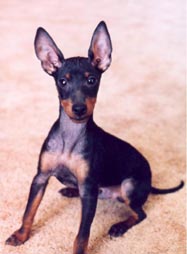 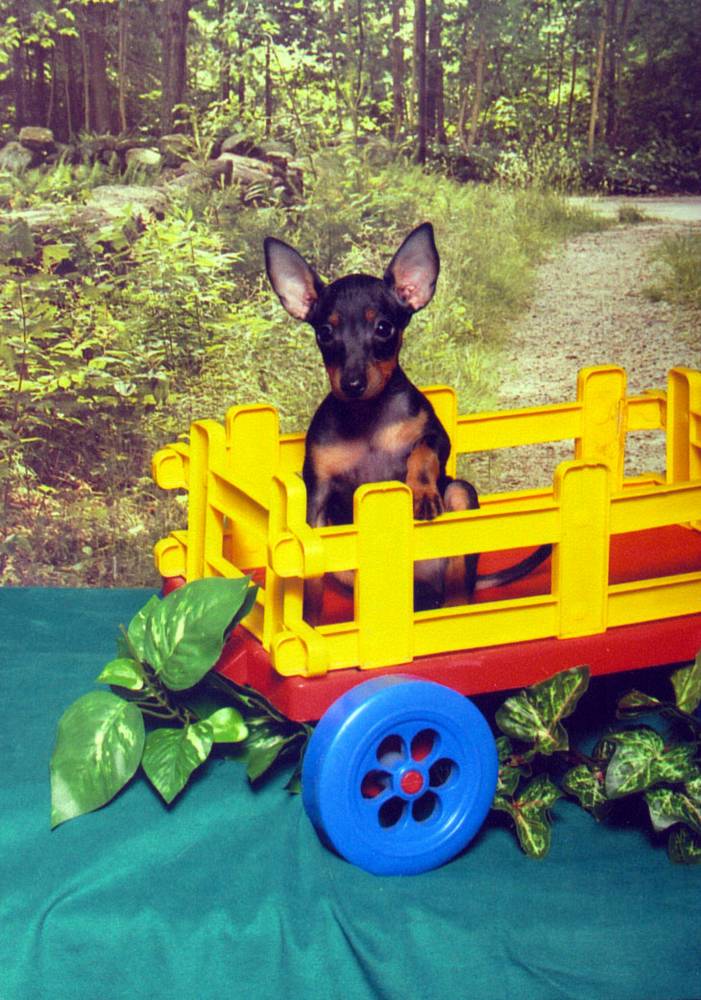 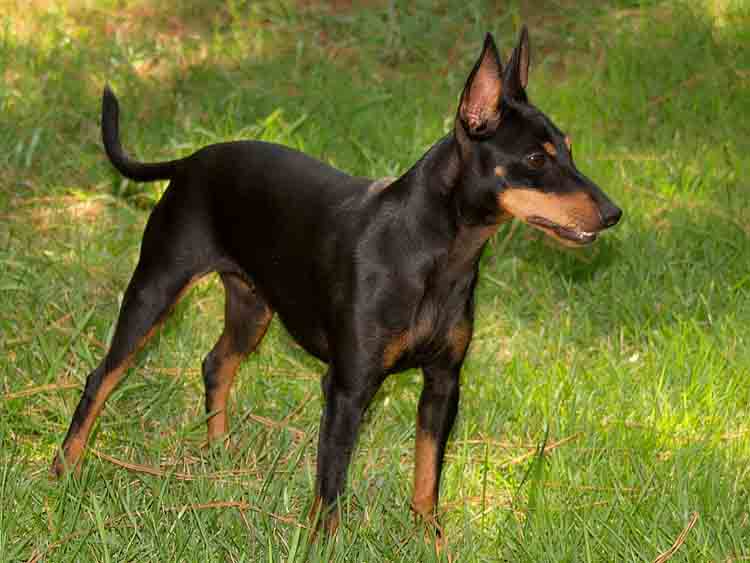