We have 11 Japanese Chin Pictures:

As a member of the AKC Toy Group, this small dog has a compact, square build. While dainty, the Japanese Chin should not appear excessively fragile. Japanese Chin dogs have a large skull that is rounded between the ears, and their face looks similar to the Shih Tzu breed. They have large, dark eyes, a flattened face, and a short, upturned nose. Many dogs of this breed have a slight underbite. The Japanese Chin have small, feathered, triangular ears that hang down. The tail on a Japanese Chin dog is feathered with long, silky hair. Their neck and rear legs also have long, silky hair surrounding their slight body. Coloring can be black and white with some tan markings, or red and white.

The Japanese Chin is a stubborn and smart dog who will rule the house if you allow them to. They are also affectionate and loyal, and have been described as catlike due to their climbing skills and their tendency to perch on couches or chairs. The Japanese Chin can even lick itself clean, just like a feline! This delicate breed doesn’t do well with rough play, so be watchful if there are larger dogs or young children around. 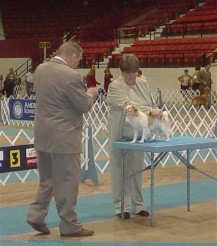 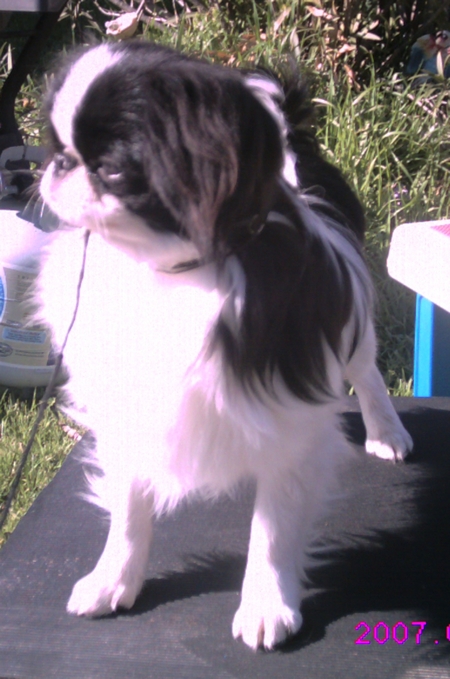 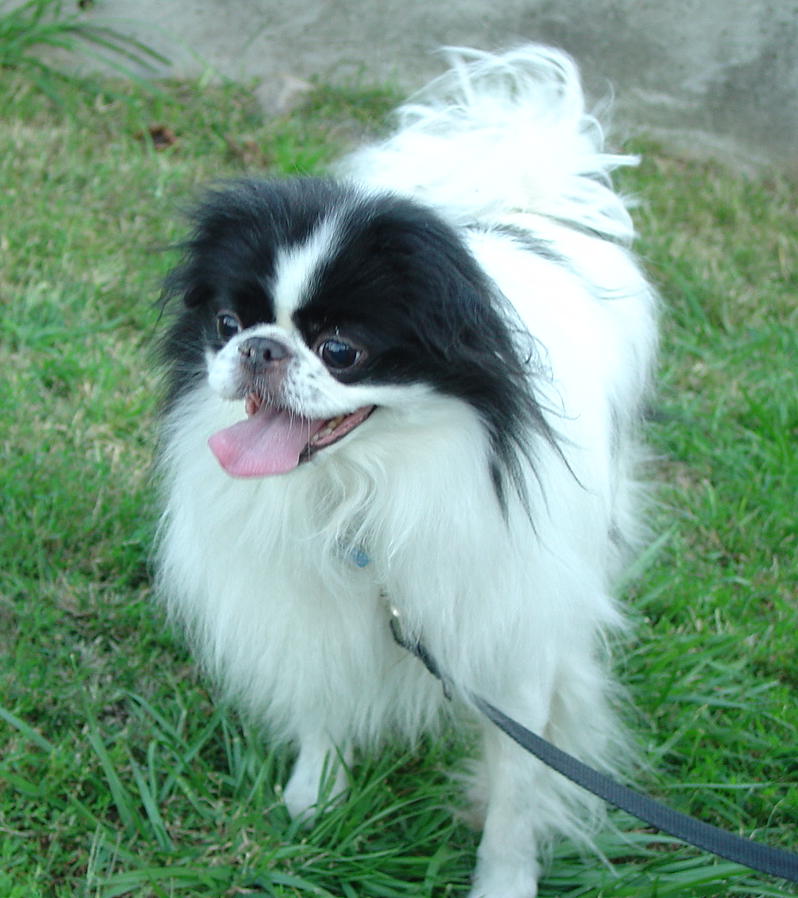 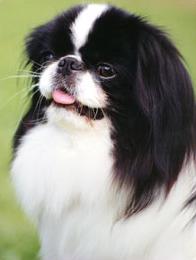 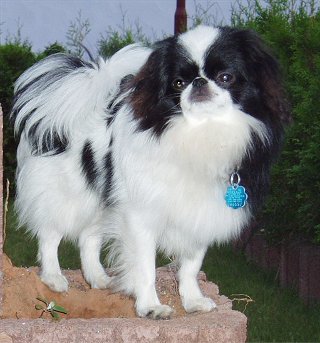 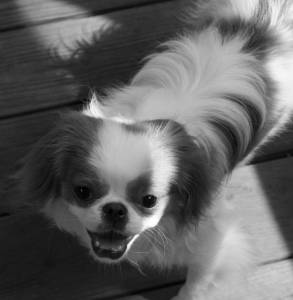 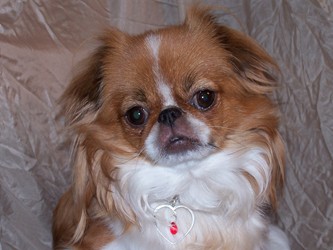