We have 13 Bulldog Pictures:

Also known as the English Bulldog or British Bulldog, these stocky pups are medium-sized with a short, smooth coat. They’re known for their large, distinctive faces, which are round and covered in folds. Some Bulldogs even have an underbite! Odds are high that you’ll hear a Bulldog before you see one — they’re known for snorting due to their short muzzles.

Bulldogs typically have a wide stance due to their heavy shoulders and sturdy limbs. Their coats require minimal grooming and can range in color, including red, fawn, white, and brindle. Typically, male Bulldogs weigh around 50 pounds, and female Bulldogs weigh around 40 pounds. They’re one of the few breeds with a naturally short tail, which is usually straight or screwed.

Bulldogs look tough, but they’re total softies at heart! Don’t let the “bull” part of “bull dog” fool you. These wrinkled bundles of joy are recognized as excellent family pets because they’re friendly, patient, and loyal by nature. So if your household has kids, a bulldog puppy may be in your future!

Bulldogs also get along well with other animals, and they require minimal grooming. But if you’re an active person, you should know that a bulldog would rather snooze on the couch than go on a hike. In fact, bulldogs are perfect for low-maintenance lifestyles because they love to nap all day! 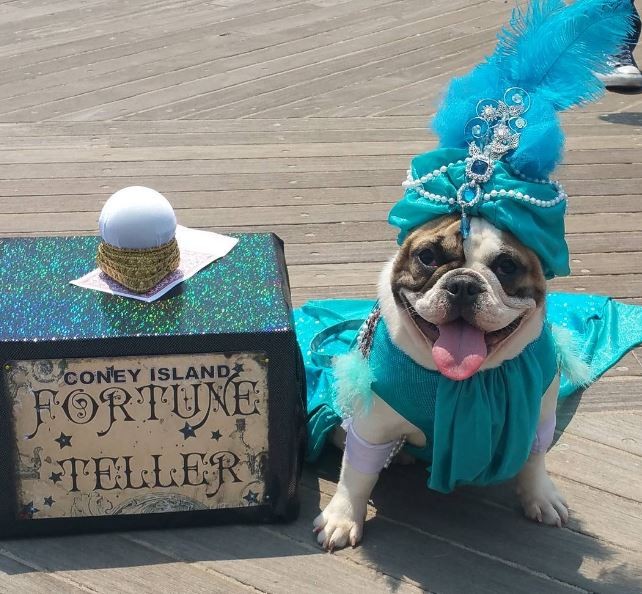 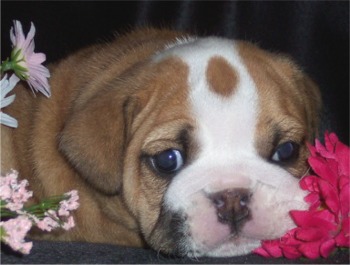 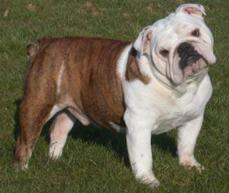 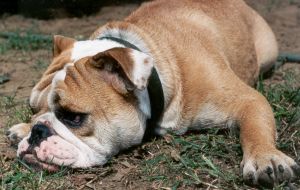 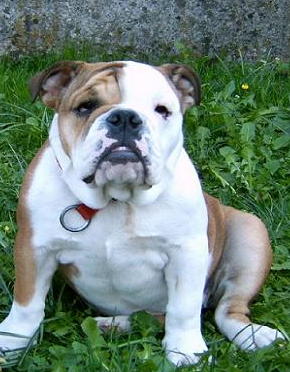 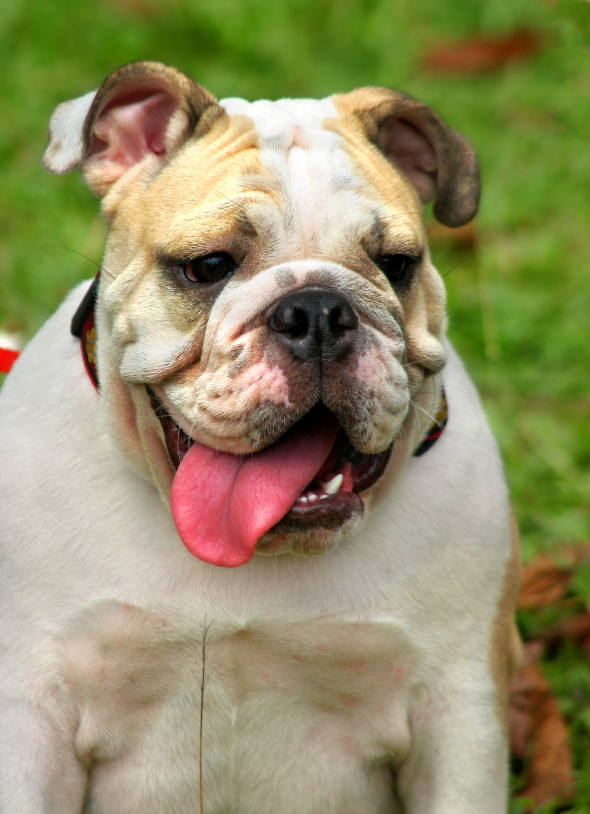 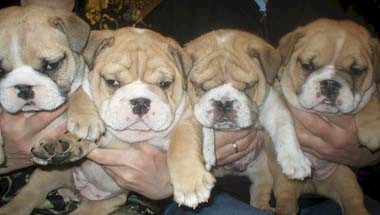 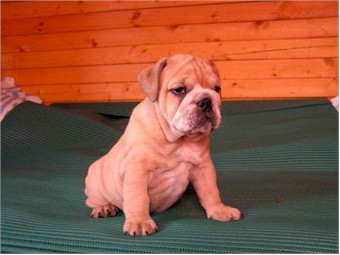 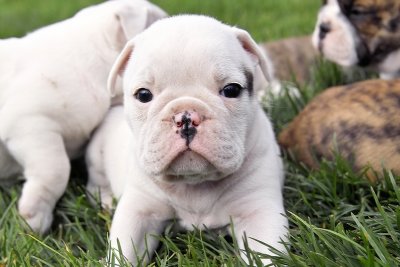 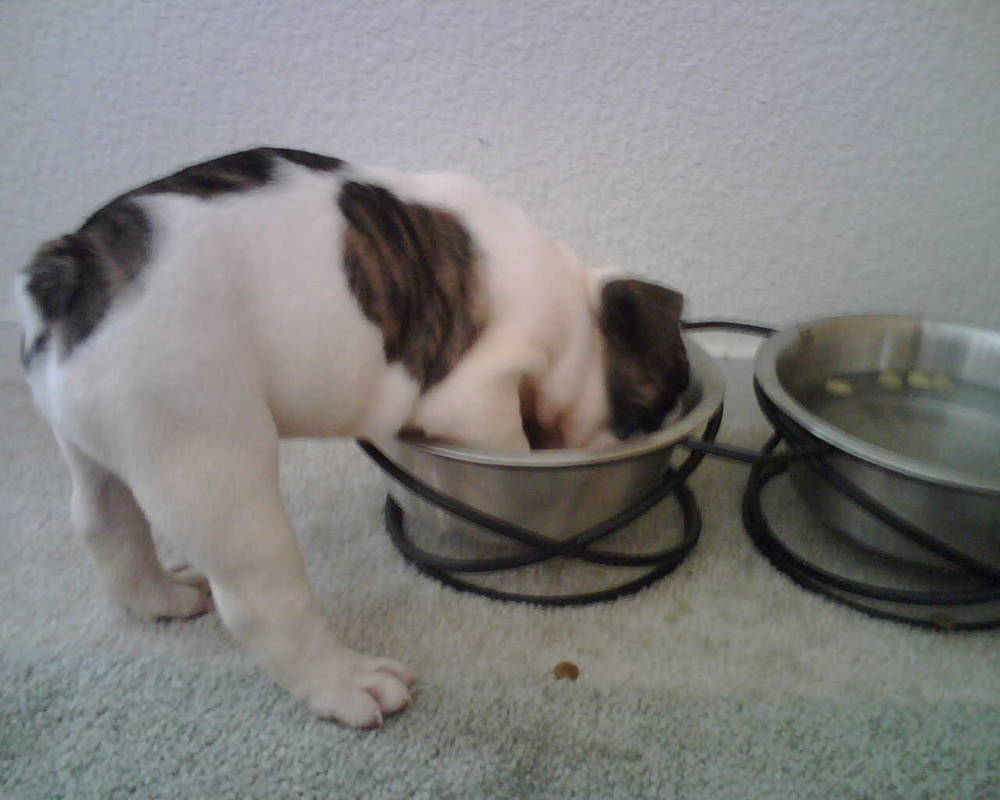 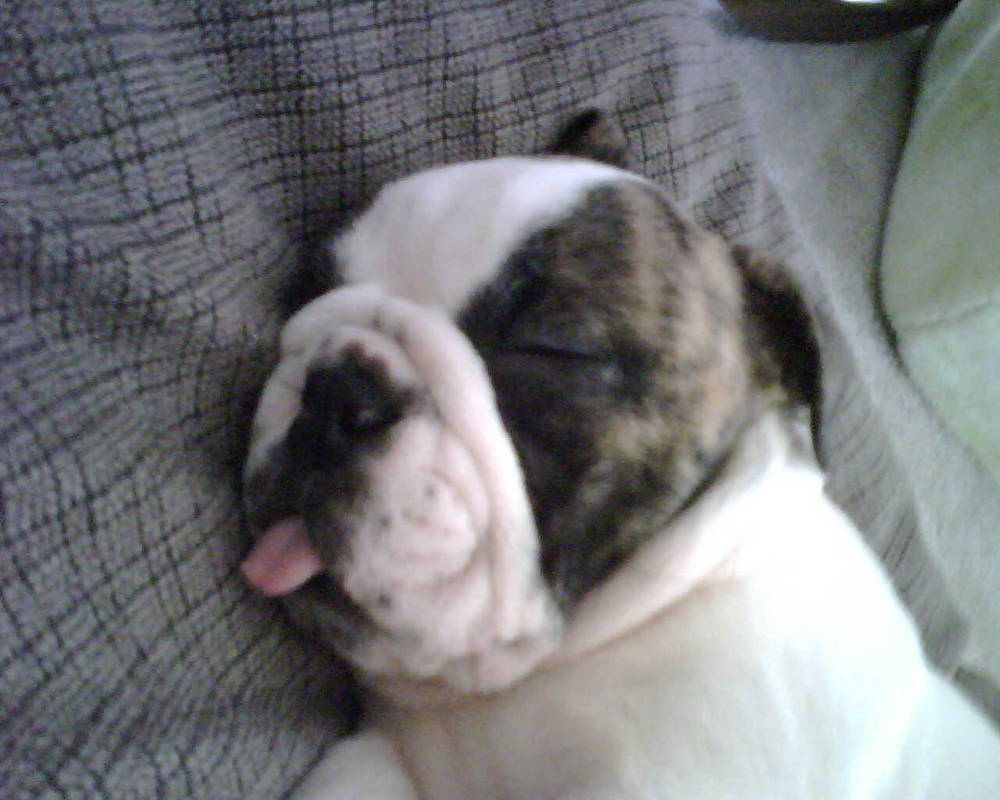 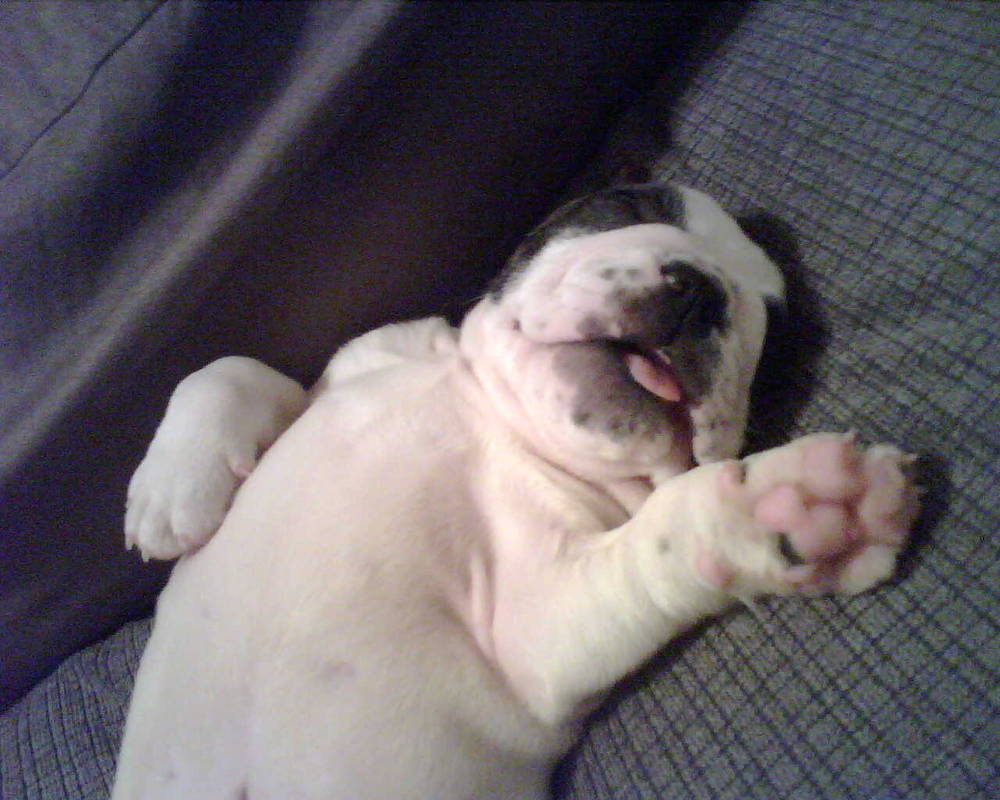 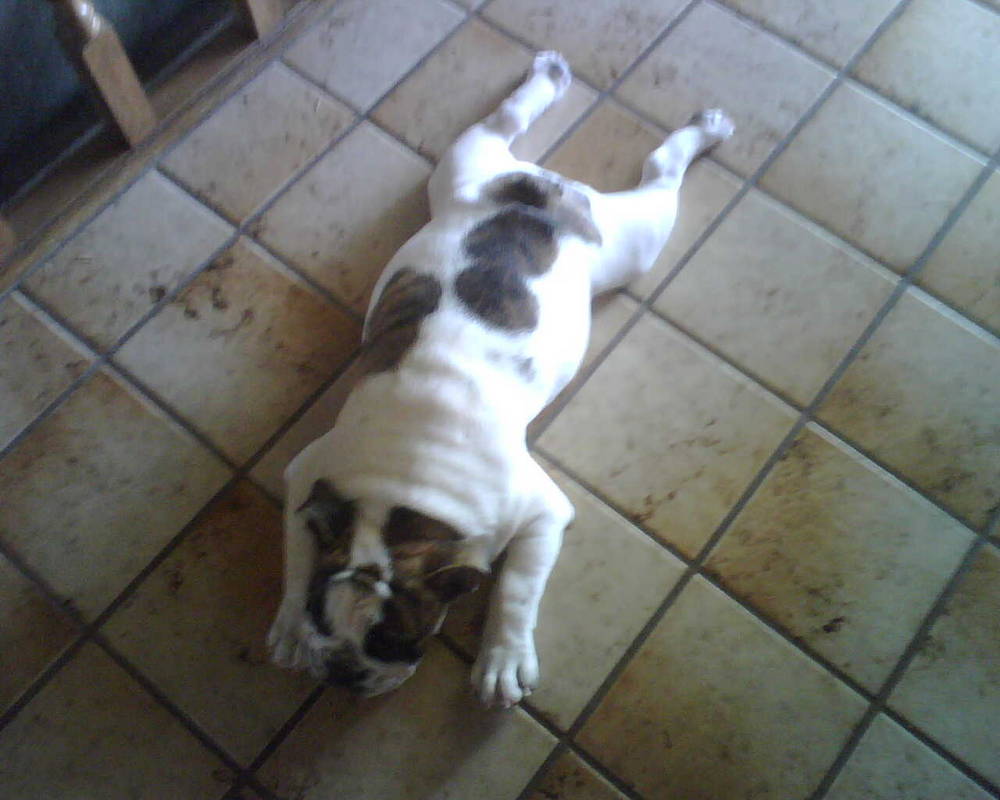