We have 13 American Foxhound Pictures:

As their name implies, the American Foxhound (also written as American Fox Hound) was bred purely for the sport of fox hunting. They have a strong, lean build with a short, hard coat that varies in color combinations of red, black, white, and tan. The Foxhound has a long muzzle, a domed head, large, wide-set eyes, low, broad ears that reach their nose, a narrow chest, and long, straight-boned legs.

The American Foxhound is taller and leaner than the English Foxhound, making them faster and more agile than their cousin across the pond. There are many different varieties of the American Foxhound — including the Walker, Calhoun, Goodman, Trigg, July and Penn-Marydel strains — but they're all recognized as members of the same breed. Foxhounds stand 21 to 25 inches and weigh 40 to 65 pounds. They shed a decent amount of hair, but a weekly brushing keeps their shedding under control.

The American Foxhound is a very active, high-energy breed. They're easygoing, gentle, loyal, and mild-natured — an ideal fit for households with kids and other dogs. Foxhounds tend to be independent and stubborn, but they can be trained as family dogs if their owner establishes their position as leader of the pack.

Because Foxhounds require a lot of exercise and have a musical howl that can be heard for miles, they are more suitable for rural or suburban settings that include a fenced backyard and parks or trails to run. If you're an active walker or runner, a Foxhound will make a great outdoor companion and family dog!

The American Foxhound was one of the first — if not the first — dog breeds developed in the US. Originally bred in Maryland and Virginia during the colonial period, it's now the official state dog of Virginia.

Search our database for American Foxhound puppies for sale! 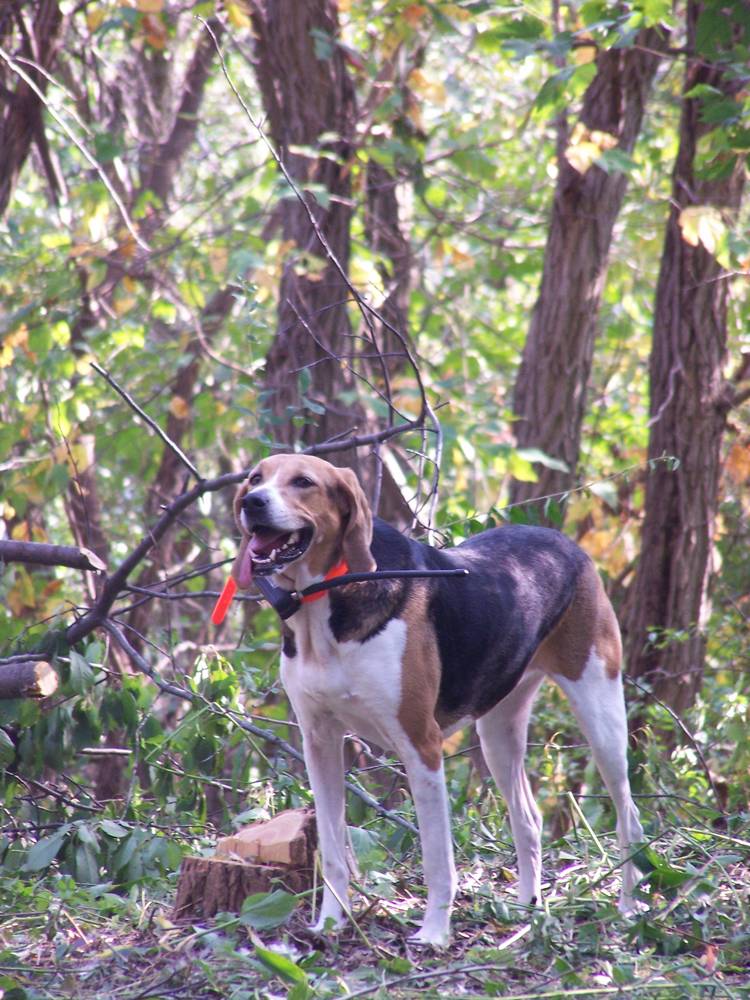 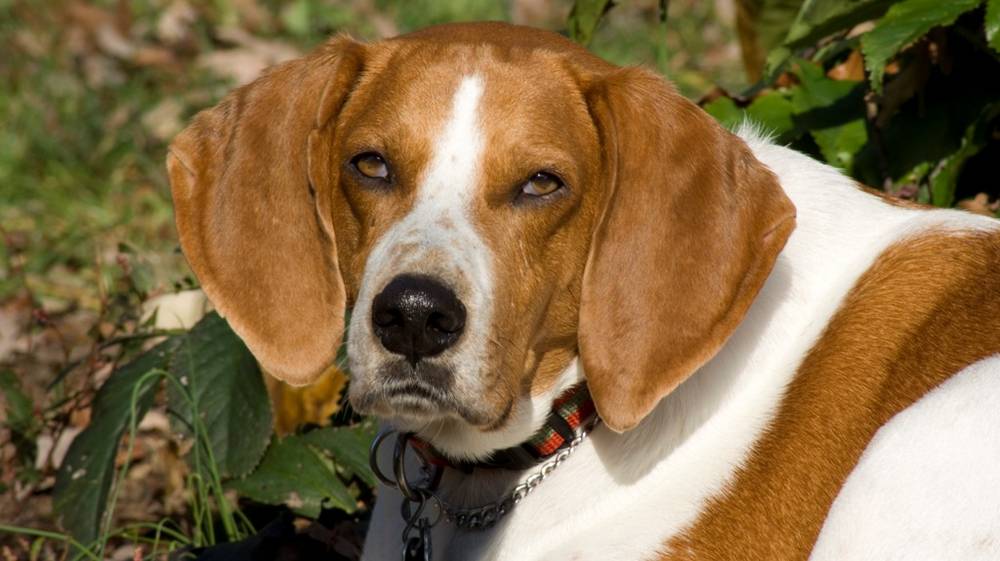 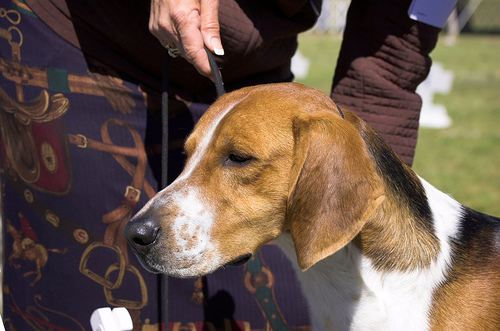 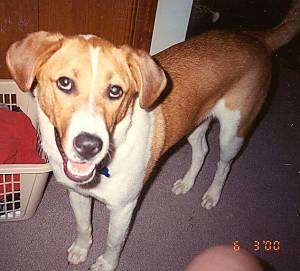 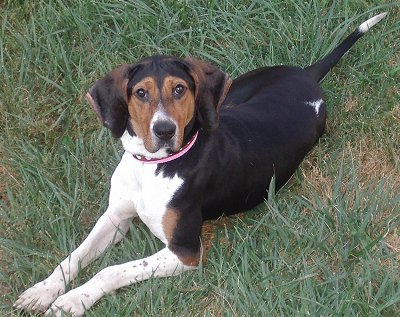 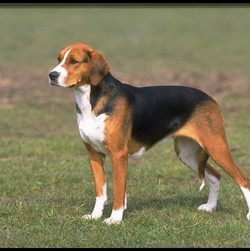 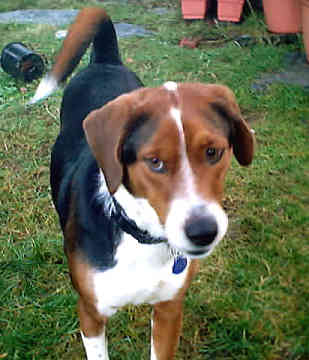 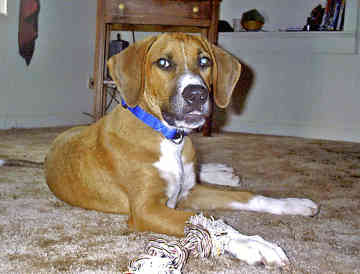 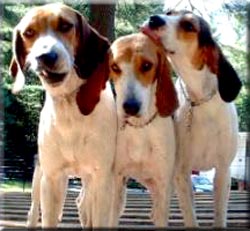 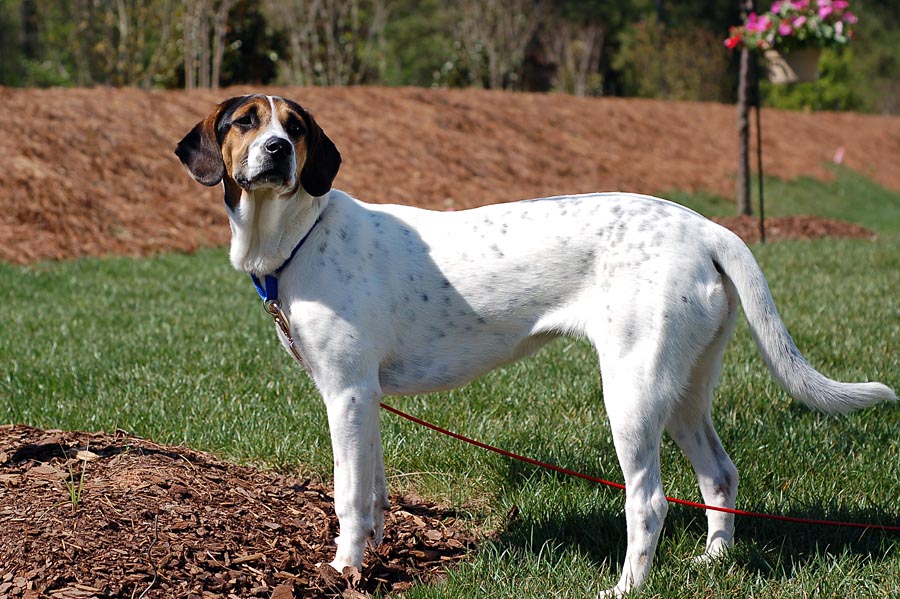 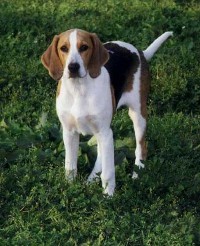 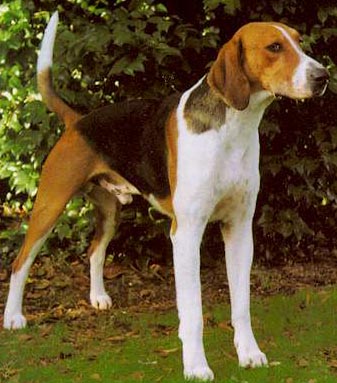 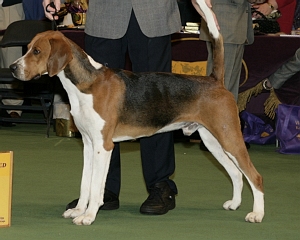