Dogs That Look Like Bears: The Cutest And Floofiest Dog-Bear Listicle

From teddy bears to grizzly bears, there seems to be a fat puppy somewhere that looks like one or the other! Sure, it might be nice to fantasize about walking hand-in-paw through the forest with an IRL Baloo, but in reality it’s that kind of behavior that wins Darwin Awards. Instead of going on a doomed mission through the wilderness, just enjoy these cute pictures of puppies and retain all of your limbs instead! If you’re still convinced that bears are the cutest, there’s a little movie called The Revenant that you should probably check out.

But before you ruin your hairy-beary dreams, take a look at these adorable fluffer nutters that are sweeter than honey. 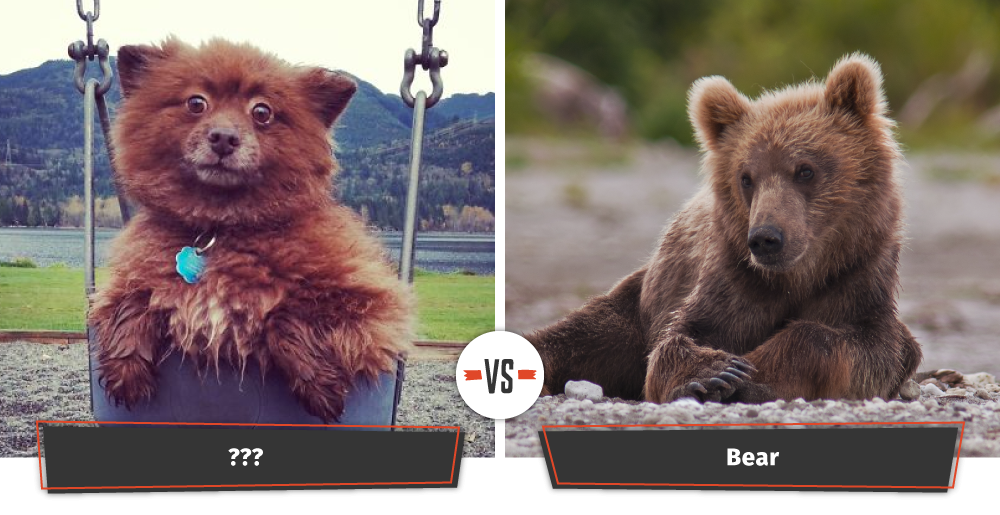 If you have an idea as to what dog breed this is, tell us in the comments because we’re stumped! With those big fluffy ears and that adorable little snout, this guy looks like he could grow up to give Yogi Bear a run for his money.

That face! That tongue! Most Shar Pei puppies are famous for having more folds that an Origami competition, but this one bucks the trend and looks like he’s about to climb a tree and steal some honey. 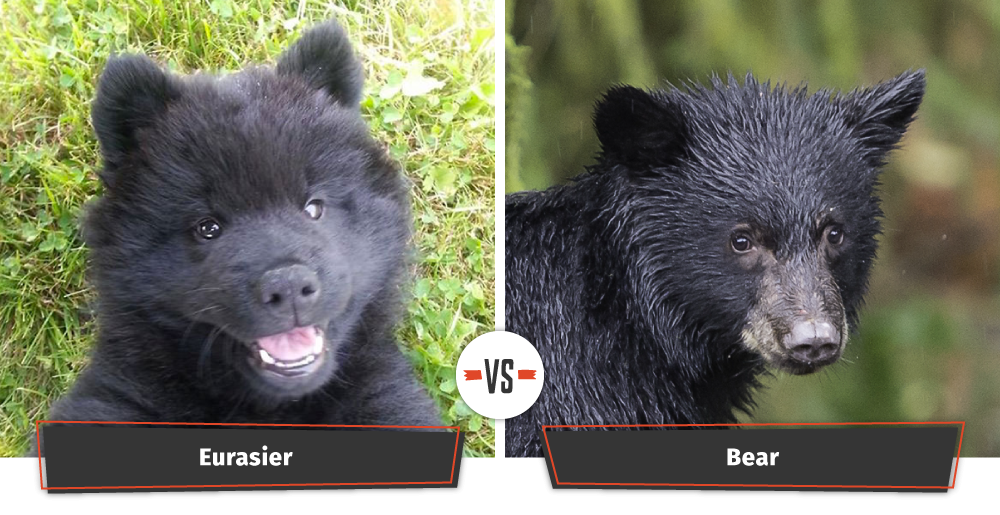 I’m sorry, please hold my hair while I throw up a rainbow because he is THAT CUTE. Despite appearances, this puppy isn’t a black bear cub, he just looks like one! For the curious, this is a Eurasier dog. The Eurasier is a Spitz dog, who originated in Germany during the 60s. Two German dog fanciers, Julius Wipfel and Charlotte Baldamus set out to combine the best traits of both the Chow Chow and the Keeshond by breeding them together. The initial dog that resulted from the breeding was called a Wolfspitz, and was later crossed with a Samoyed to create the bear-like Eurasier dog! This is what the little fella looks like as a grown up: Take a breath. Look at those little toes. Stare into the eyes upon that smush-face. Are you making strange sounds? Is it hard to breath? Congratulations, you’re alive! It’s actually painful to stare at these puppies for too long, much like staring into the sun. Half black bear, half teddy bear (technically all Chow Chow) this dog is just too much. It’s too much!!

The Chow Chow isn’t going to remain a precious little bundle of fluff forever. When this dog gets bigger, he’s actually going to resemble a big-ass scare bear over a folksy little brown bear. Behold! 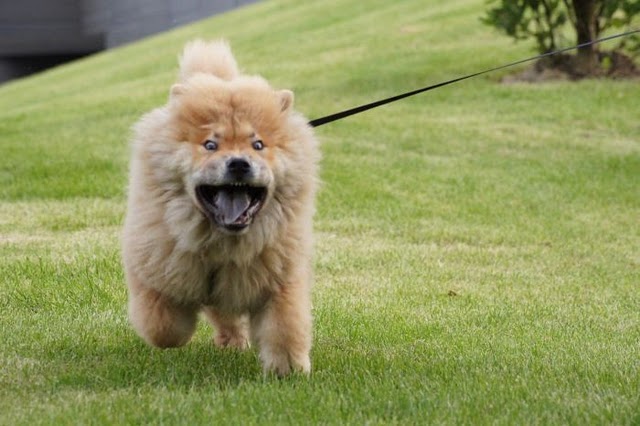 Okay, we may have over exaggerated the whole scare bear thing.

If you’re looking for a big dog that will provide a lot of love while moonlighting as a guard dog, why not adopt a dog that looks like a big bear? Any burglar confronted with 160 pounds of giant doggo isn’t likely to stick around. 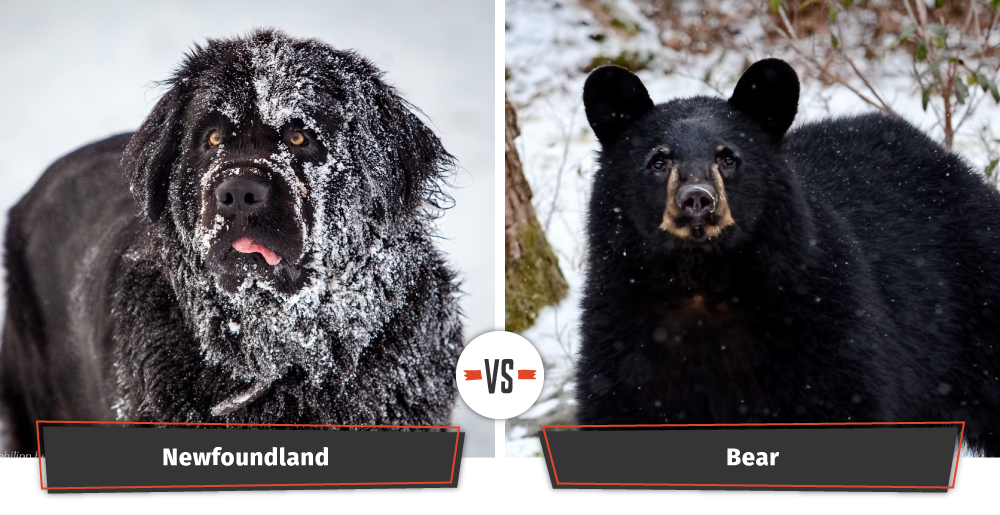 The Newfoundland may be massive, with adult males reaching up to 150 pounds, but they’re also famous for being gentle giants. Do you remember Nana from Peter Pan, the dog nanny who kept a watchful pair of eyes over the Darling children? J.M Barrie based Nana off his own Newfoundland, Luath, who he imagined would have loved his children if he had any.

But the Newfoundland’s love for their family isn’t make-believe. Recently the Internet has found some adorable examples of the bearish Newfoundland playing the role of Nana! This protective Newfoundland makes sure that his little human stays away from the edge of the pool:

And this video compilation of Newfoundlands and babies will have you sobbing gross, happy tears. Big dogs! Tiny babies! GAH!

If you’re looking for a more hardcore big bear dog to add to your household, who is more brawn than baby-lovin’, meet the Tibetan Mastiff. 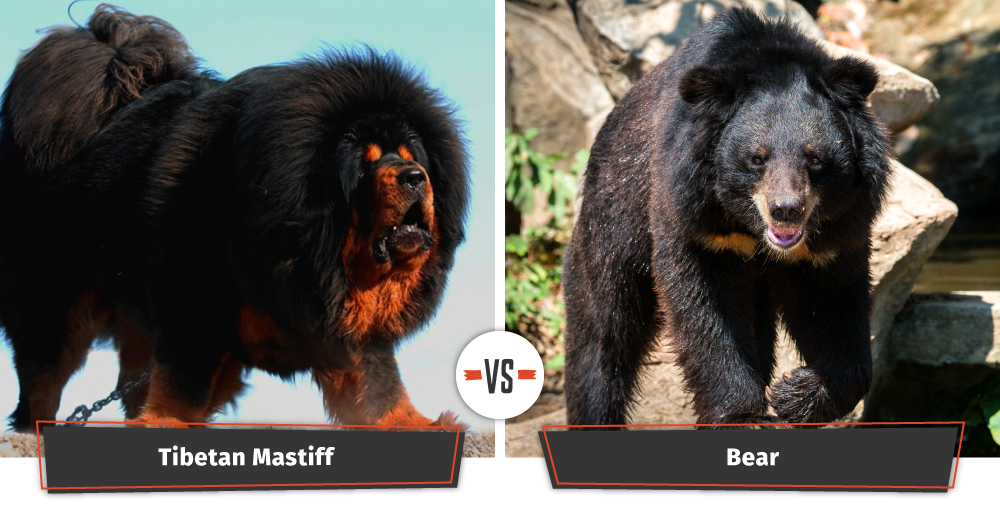 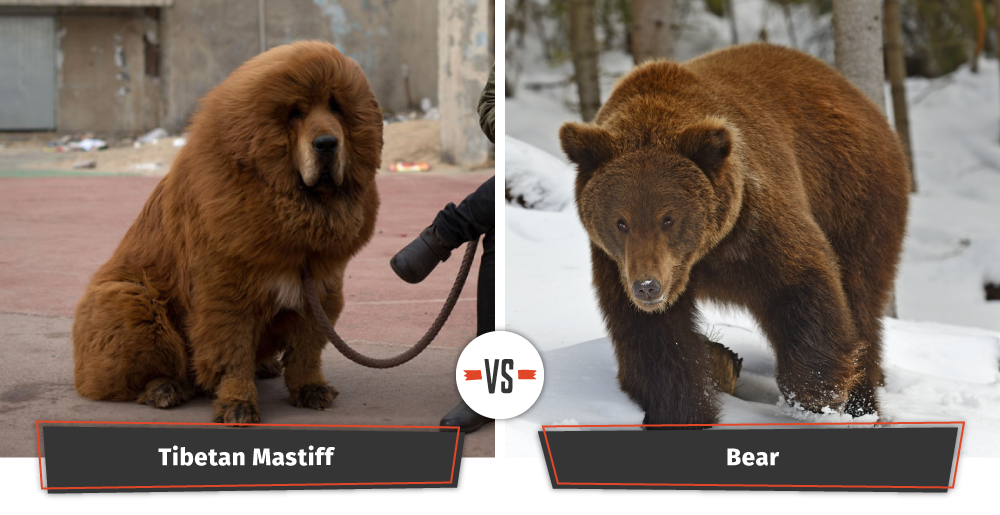 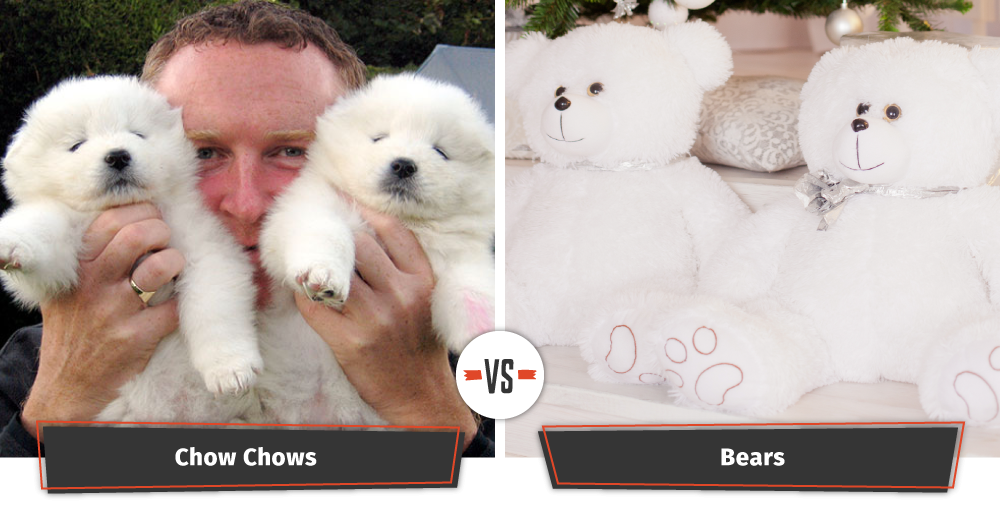 If you spent your childhood besotted by Coca Cola’s Christmas polar bear cub (try saying that three times) then you may have a soft spot for the adorable Samoyed puppy who looks like a polar bear. True to form, the Samoyed fares better in colder climates due to its thick white fur. While a Polar Bear is actually pretty terrifying up close, the Samoyed is also known as the “smiling Sammy” for its distinctive doggy grin and cheerful personality! 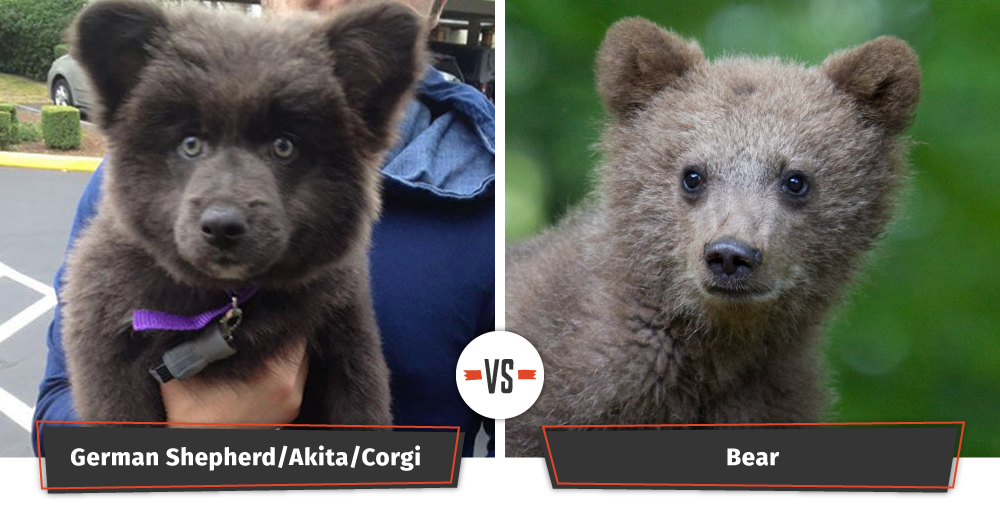 Talk about a dog that looks like a bear cub! This German Shepherd/Akita/Corgi mix proves that it’s not just the purebred dogs that come in first when it comes to cuteness. 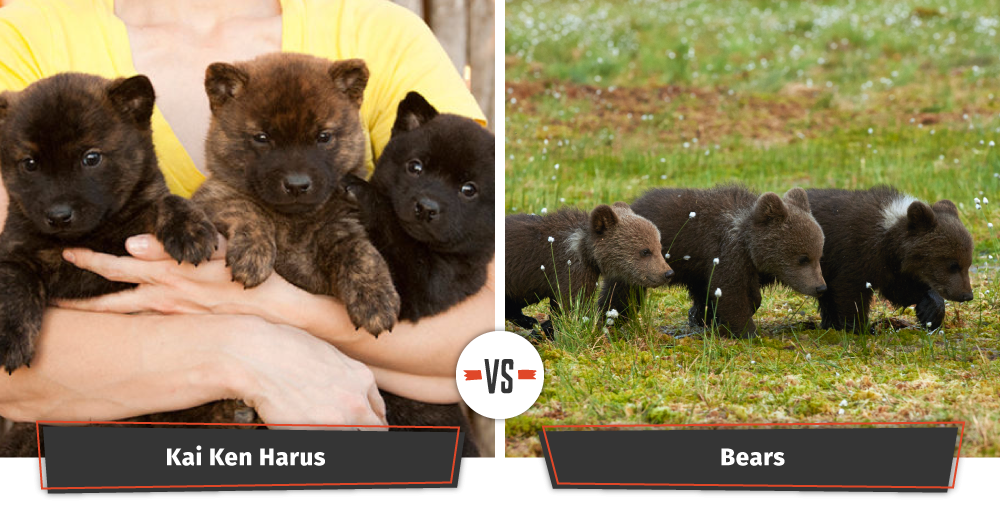 If you’ve immediately fallen in love with these Kai Ken Haru puppies, I have some bad news for you. These dogs are extremely rare, even in their native Japan. The Kai Ken is considered to be Japan’s most ancient and purest dog breeds! 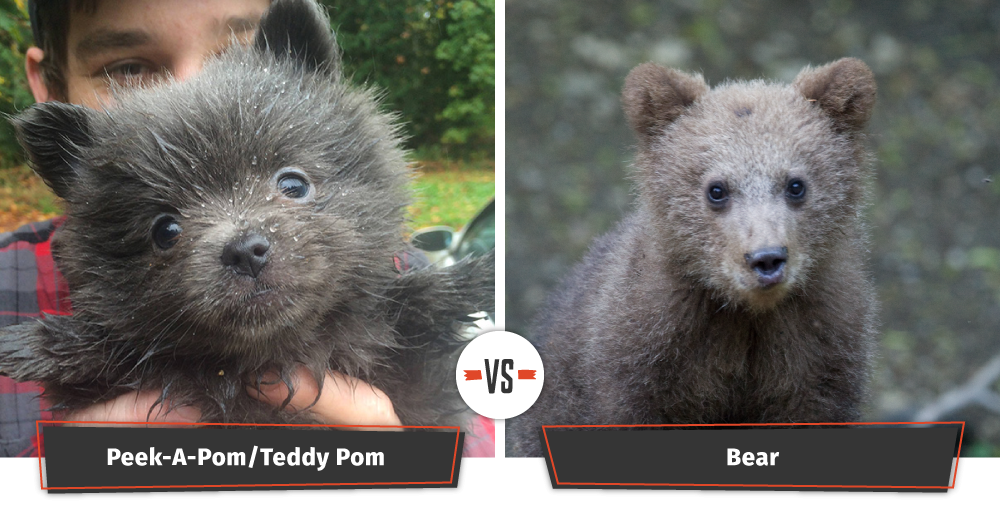 This Peek-A-Pom/Teddy Pom mix is one heck of a cute puppy! Does he look more like a bear cub or a teddy bear? 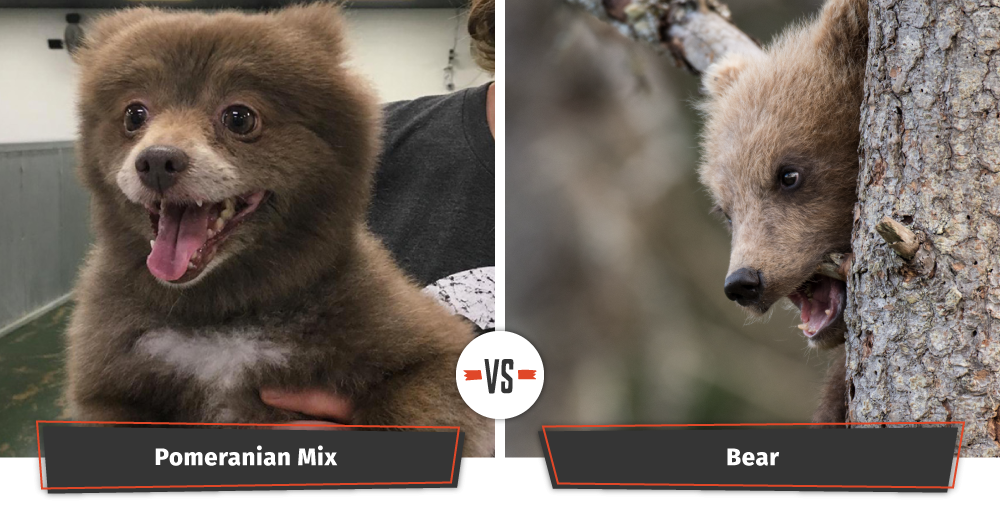 This pup became an overnight internet sensation after his human’s dropped him off at doggy daycare. The perplexed owners of the daycare were convinced somebody had adopted a bear cub as a pet! Alas, he’s just a Pommie mix. But still a convincing look-alike! 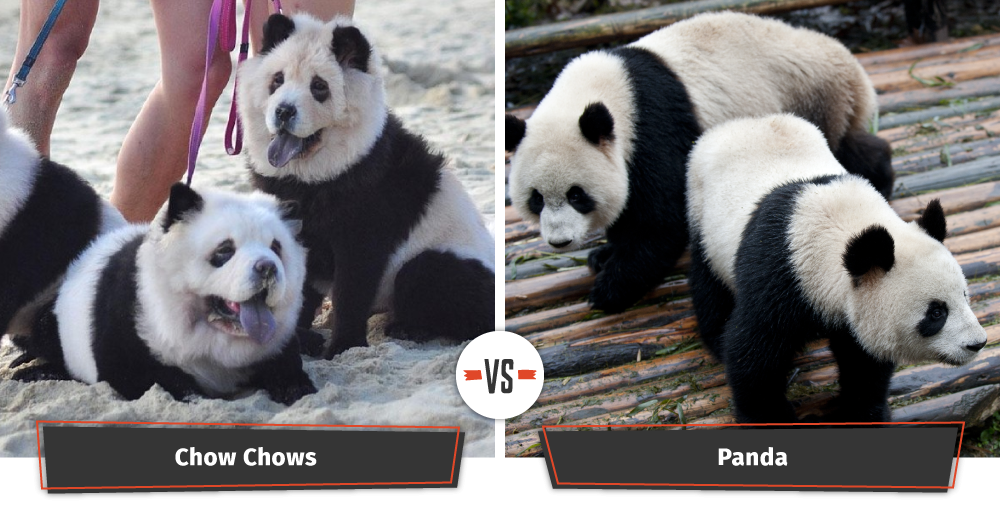 These three dogs belong to a young lady living in Singapore, who insists that the dye is 100% safe, and she always does a patch test on the dogs beforehand. The SPCA countered her assertions and said that dyeing a dog is both unnatural and unnecessary. They also added that subjecting a dog to hair dye can cause stress and unforeseen side effects. Meng Jiang, owner of the Panda Chows, invited the SPCA to visit her dogs to see that they’re happy and well cared for in response. I’m with the SPCA on this one, despite how cute they are.

Big smooshy faces. Fresh and fluffy coats. Button noses. Is that an animal, or a stuffed animal? With these chubby puppies it’s hard to tell. 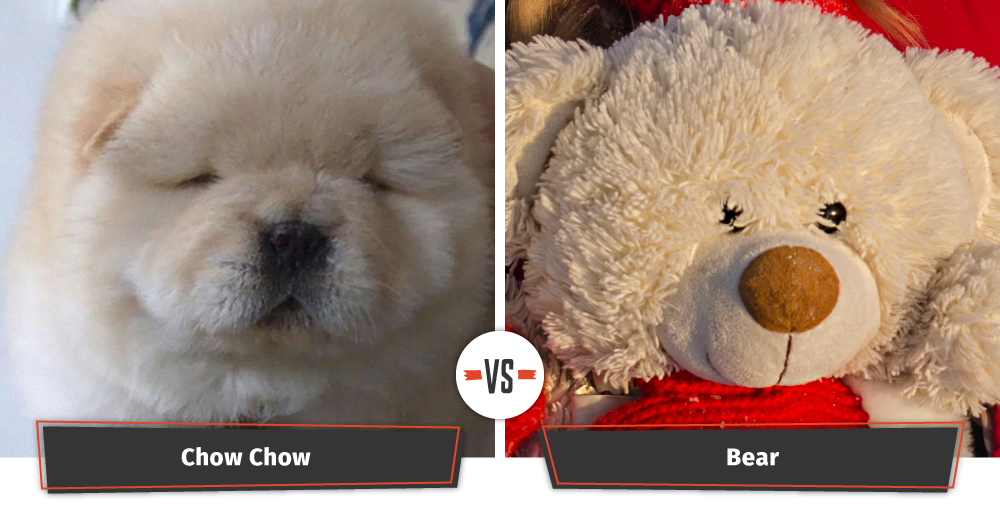 Can Chow Chows get any cuter? I can’t know. It’s too much! Too much fluff! Little faces! AAGHGGH. 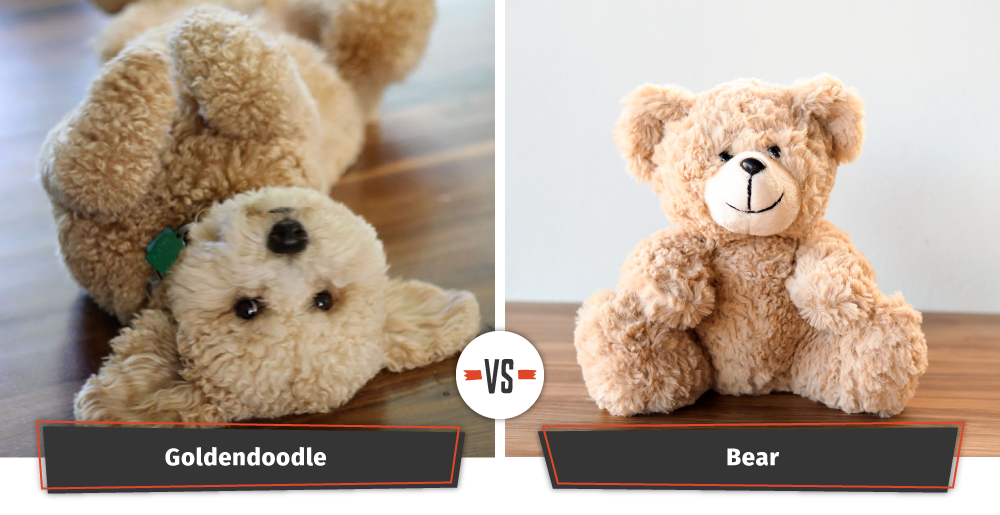 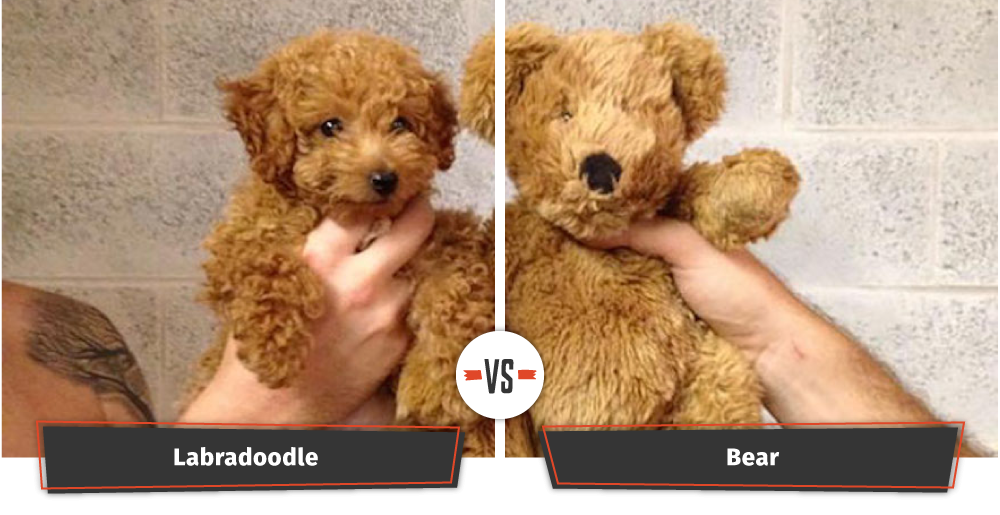 Can a Doodle-mix and a teddy bear coexist? How can you tell them apart? Coincidentally, Labradoodles also look like fried chicken, so they’re kind of like the chameleons of Crufts. 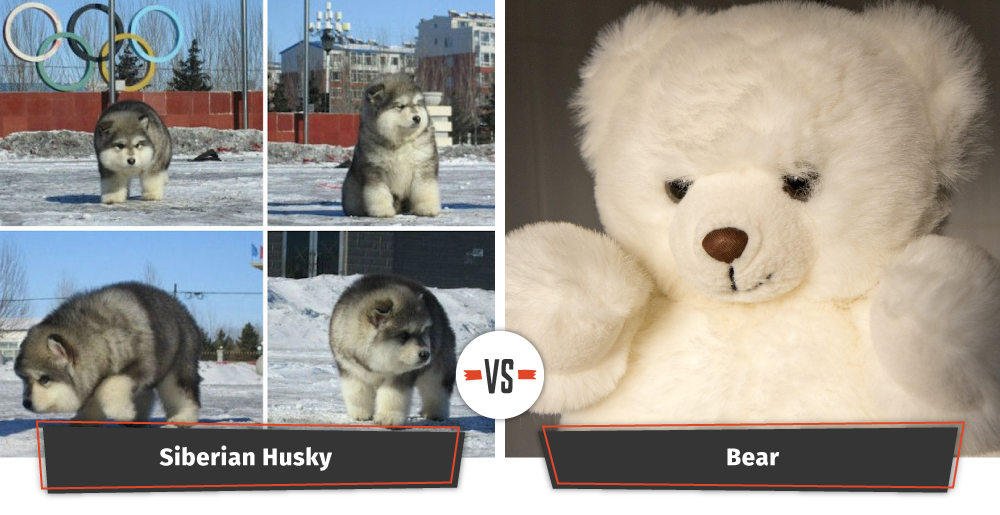 And finally we have this big Siberian chubster, who looks like a great big teddy bear! Not sure if he’s fluffy or fat, but frankly who cares? We’d love him the same either way.

Which hairy, beary dog is your favorite? Let us know in the comment section below!

This German Shepherd Rescued His Human From A Rattlesnake