Science Says These Are The Best Pets. Do You Agree?

Quick reader poll! What’s the best pet? Okay, okay … we have a vote for “dog.” Another dog. Dog. Dog. Dragon? I’ll take it. And five more “dog” votes over there. Counted!

Well, according to me and everyone else likely to read this article, the best pets are dogs. IT HAS TO BE DOGS. Four stumpers, tummy rubs, undivided loyalty, and they lick your tears away. Straight off your face! It’s amazing! And they have such fun personalities. Some dogs are like, “I’m a queen! Pet me!”

And other dogs are like, “I’m hard, so don’t test me. Unless you want to test me with cuddles, then let the cuddles commence.”

Really, there’s a different dog breed for every type of personality (just try our breed selector tool to find out what yours is).

BUT — and oh yes, there’s a caveat — according to scientists, A DOG IS NOT THE BEST PET.

And don’t get started with me, Mr. Mittens. Cats aren’t the best pets, either (says science!).

But if our two favorite pets aren’t on the list, then what are the best pets?

A team of scientists from Wageningen University in the Netherlands decided to research which animals are actually best suited for human companionship, based on the following criteria:

If you’d like to read the whole study, you can find it online in the animal behavior and welfare journal Frontiers in Veterinary Science. This study doesn’t include cats or dogs, which may seem strange until you discover the reasoning behind it: there’s a growing trend of owning exotic pets in the Netherlands!

While these may be the best pets for those with exotic tastes, we’ll stick to Fido and Mr. Mittens over a squirrel or a wallaby. With all of that in mind, which animals are actually our ideal pets?

The Best Pets According To Science

I’m sorry, but unless you recently received your invitation to join Hagrid’s Care Of Magical Creatures class at Hogwarts, I can’t imagine anyone dashing out to adopt a Screaming Hairy Armadillo.

But let’s be fair. Maybe this little scaly bowling ball just has a bad name? Let’s check them out in action: 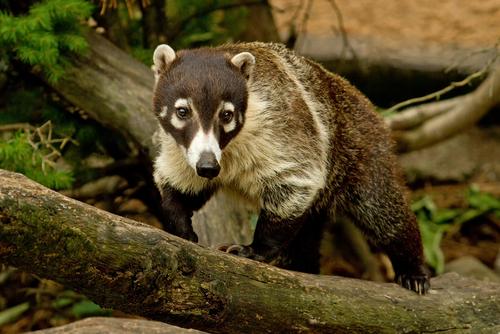 The White-Nosed Coati has the personality mix of a racoon, a dog, and a monkey. The Coati might follow you around and pull on your pants until you give them due attention. They’re friendly, intelligent, and easily potty-trained. To be honest, they’re undeniably adorable, but I still think I’ll stick with my dog. 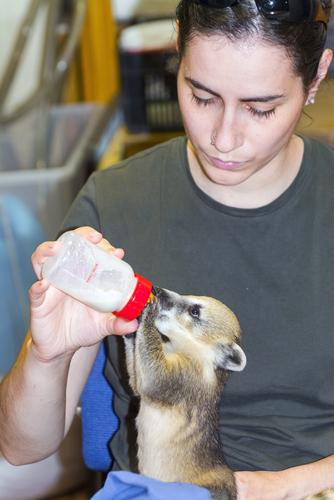 Meet the Tayra, a relative of the weasel. Although they may look like the bastard lovechild of a Honey Badger and a Tasmanian Devil, two pets that nobody should ever want, the Tayra is relatively tame and friendly with humans. Some people in South America have already been keeping them as housepets to ward off rodents. But listen to the dude in the video: they belong in the forest. Keep them there!

I personally owned a Campbell’s Dwarf Hamster as a tween. He was a vicious critter — possibly the only truly sociopath pet I’ve owned, aside from General Woundwort, the murderous bunny. Just skip to 1.01 on that video.

I’ve had two dogs rescue me as a kid: once from a drowning, and once when I fell out of a tree. What did that dratted rodent do? He attacked anyone who came near his cage, and if you dared to open it, he flew out like a furry facehugger. It was genuinely traumatic.

Absolutely not. Anyone who has faced off against a squirrel knows what I’m talking about. Like this guy:

No. Those feets may be tiny, but that heart is dark and full of terrors.

Jeepers creepers, can we just avoid all pet squirrels, please?

There’s just something … not right about this pint-sized pocket dweller.

Sure, this mouse is kinda cute. But if an axe-wielding maniac comes flying through my window in the middle of the night, who’s going to have my back? Not this tiny mouse. He’d be through the mousehole in a hot minute, only pausing to steal some leftover cheese before hightailing it to freedom. My toothless Spaniel might just lick said axe-wielding maniac, but still.

Don’t mind me as I take my wallaby for a quick jaunt around the dog park. What’s this? He just punched a Labrador in the nose and bounced over the fence on a hoppy rampage? No caca — it’s A KANGAROO, FOR PETE’S SAKE.

Okay, sorry. It’s a wallaby. According to those who have pet wallabies, they’re great pets. I’ll take your word for it. Here’s a photograph of a kangaroo punching a man so hard his camera flew off.

And here’s a GIF of a kangaroo kicking a small child into a lake. Rover would NEVER play you like that, kid.

The Brazilian Guinea Pig is a fancy regular guinea pig. But I can’t be a hater on the little rodent that could; guinea pigs make great pets.

HA. It’s hard enough to find an apartment with a dog, let alone a frickin’ camel.

I swear that this was a real study.

Found in Queensland, Australia, the Swamp Wallaby eats basically everything, including shrubs, bushes, and even fungi. Sure, you can share a salad with your furry friend — but you might want to do so at your own risk.

The Arabian Spiny Mouse has spine-like fur that protects it from predators — but we wouldn’t hire one of these bad boys to guard our house anytime soon.

STOP WITH THIS ROO NONSENSE!

On the flipside, I imagine a would-be home invader would be far more scared of a jumping furry ninja than a dog.

Sure, they look like dusty guinea pigs, but the Common Yellow-Toothed Cavy has a distinguishing feature: noticeable eyeliner, not unlike a tween’s emo phase. You just don’t understand, Mom.

The Himalayan Striped Squirrel prefers to hang out in trees, and their striped fur camouflages them against tree trunks. It’s basically a chipmunk’s cooler, more well-traveled cousin.

OH YAY, A HYENA WEASEL. These raccoon-like animals are famous for their musk, which is used to make perfume. Also, that musk is secreted by glands near their genitals. Weird? Yes. Very weird.

This guy is a serious contender. Llamas are actually great animals for kids to train and care for because they’re relatively even-tempered. Plus, as evidenced above, they look hella fly in shades.

You could own a Tamar Wallaby, which are approximately the size of rabbits. But need we remind you of their bloodthirsty heritage?

And without further ado, here’s the number one BEST PET, according to the study:

It’s Bambi! I’m 10/10 okay with this. But still, I stand firm in my belief that dogs are our best friends.

Look at the proof!

And yes, I’d take a wallaroo (or pretty much any of these guys!) over a pet tarantula. But I’m pretty happy with my hound.

Do you own a pet Wallaroo or Sika Deer? I want pics. Post them on our Facebook wall!

Can Dogs Eat Cheerios, Or Is This Balanced Breakfast Off-Limits For Fido?

Stranger Strips Down To Save Elderly Dog From Raging River