Teacup dog breeds have enjoyed a wave of popularity since Paris Hilton shelled out several thousand dollars on a teacup Pomeranian, and shared the photos with the world via her Instagram.

So what is a teacup dog breed? As teacup breeds are not recognized by the AKC, the definition is somewhat up in the air. Usually, a teacup dog is a breed that has specifically been bred to be ultra tiny. And while the idea of sharing eskimo kisses with a tiny, fluffy, white dog is undeniably amazing — the practices behind breeding teacup dog breeds are flat-out cruel.

Why You Should Avoid Teacup Dogs If Possible

If you happen to come across a teacup dog in the shelter, or hanging around in an alley outside your home, please adopt a teacup dog. But the demand for teacup dogs has led to many people willing to spend thousands of dollars on a micro-breed. This sudden cash flow has prompted many breeders to resort to inhumane and cruel practices, such as starving puppies to purposefully to stunt their growth. And frankly, these dogs are just never meant to be that small. And with this, comes major health problems.

The majority of teacup dog breeds die prematurely, causing anguish and heartbreak for their owners.

A Yorkshire Terrier may live for 12 or 15 years, but a Teacup Yorkie often only lives for 5 to 6 years. Teacup breeds often suffer from hypoglycemia, which can cause seizures and even death. As a result, most teacup breeds require feeding every few hours to stop their blood sugar from dropping too low. Teacups also are frequent victims of heart failure, liver problems, hydrocephalus (water in the brain) and respiratory failure. If you’re still prepared to get a teacup breed, know that you’ll often have to pay for very expensive vet bills.

Teacup dogs are also incredibly fragile. Should you happen to tread on a teacup, or roll over one in your sleep, the results could be fatal. Needless to say, teacups and children do not mix. Even dropping a teacup could lead to broken bones and death.

So should you never ever adopt a teacup? Absolutely not. Veronica Perry, a rescue and foster coordinator at the Van Nuys based East Valley Animal Shelter began to see a surge in teacup dogs entering the shelter 10 years ago. In an interview with The Dodo, Perry says, “People will return them and say, I can't do anything with them.”

A teacup dog is still a dog who wants to run around and play, and no animal wants to be stuffed in somebody's handbag all day. "They want them little," Perry continued. "I don't know why. So they can put them in a purse and walk around with them? I say get a stuffed animal."

If a teacup needs adopting, please give a dog in need a loving home. But be aware of the health risks, and never, for the love of pups, spend $25,000 on one like Paris Hilton did.

If you live in a small home, it would be unwise to try and cram a large hyper dog into a small space. It’s not nice for the dog, and it’s not nice for you! Here are some tiny dog breeds that will fit in anywhere!

A Chihuahua is a perfect dog for apartment living. Small and compact, the Chihuahua will benefit from short brisk walks, but doesn’t require the level of activity that a larger dog, like a Labrador Retriever requires. The Chihuahua weighs between 3.3 and 6.6 pounds.

The Affenpinscher weighs between 7 and 9 pounds, making this monkey-faced dog the perfect apartment companion. Toy breeds, like teacup dogs, are exceptionally delicate and the Affenpinscher is no exception. Always keep a close eye on your small dog, as even a fall or an accidental kick can result in a trip to the V-E-T. 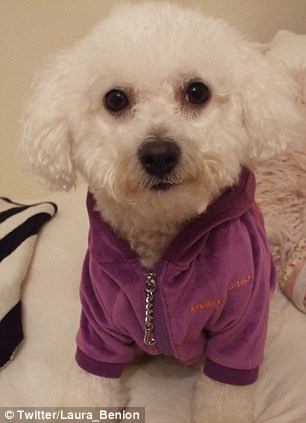 The Bichon Frise is a tiny dog breed that doesn’t shed, making them a perfect low-maintenance and friendly pet. Weighing in between 10 to 16 pounds, the Bichon Frise is a popular dog for apartment dwellers and elderly dog lovers who can’t keep up with a hyperactive pet. 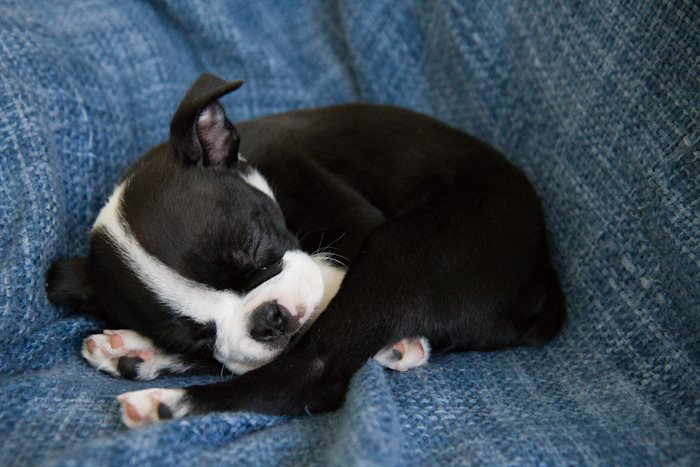 The Cavalier King Charles Spaniel has a cult following among pet lovers. This docile breed is one of the most loving and affectionate pups on the planet, with a well-deserved reputation as a dog who can get along with anybody — even the cat! The Cavalier King Charles has a rich history as a companion pet, and was popular with the nobility of Europe hundreds of years ago. 13 to 18 pounds is the average weight of this little foothugger. Do you love the sleek look of a Doberman? The Miniature Pinscher (also called the Mini Pin) is a pocket-sized version of the Doberman, with a similar black coat with tan markings. Weighing between 8 and 10 pounds, this little fella is great for those who live in small spaces. The Mini Pin doesn’t require a vigorous exercise regime, and quite often this little doggo will burn off their energy by playing indoors.

The Shih Tzu is well-known for being one of the smaller dog breeds, with the smallest Shih Tzu coming in at an itty-bitty 9 pounds. The Shih Tzu is also a hypoallergenic, non-shedding little dog who is very adaptable to different environments. Well known as a spunky little companion with a big personality, the Shih Tzu is a fun dog for all different types of dog owners. The peerless Pug is a unique character to say the least! Short and stout, the Pug is the perfect choice for the would be dog-owner who isn’t overly keen on long walks. Due to their trademark squished face, the Pug is unable to perform vigorous cardio, as they have breathing issues. 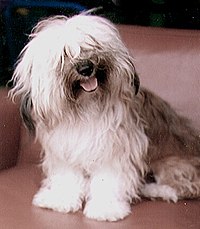 If you want a little friend with an endless store of happy energy, the Havanese may be the pooch for you. A compact Havanese can weigh as little as 7 pounds, with the largest Havanese tapping out at 13 pounds. 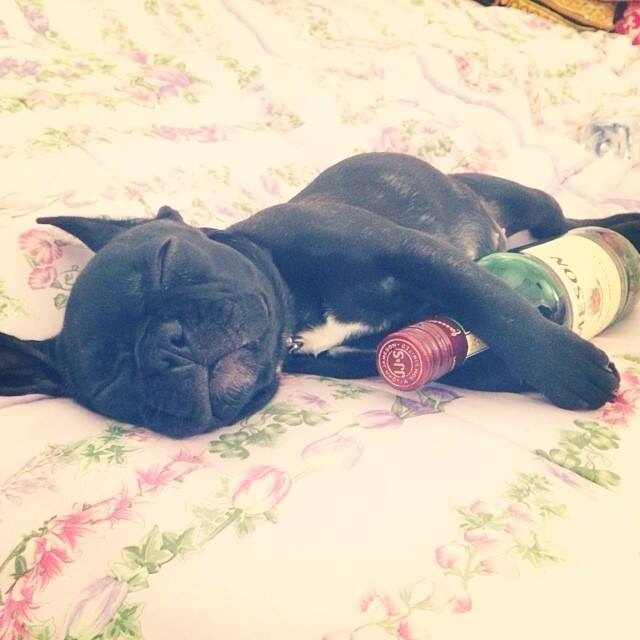 Are you worried that if you roll over in the middle of the night, you’ll accidentally squish your small furry companion? Consider opting for the French Bulldog, a sturdy — yet small addition to your family. The French Bulldog is anything but delicate, although they’re compact enough to fit into a small apartment. At 22 to 30 pounds, the Bulldog carries most of their weight in their stocky shoulders and large head. As a result, keep them away from swimming pools. The unbalanced distribution of weight makes it almost impossible for a Frenchie to swim, and they can often drown if they fall in water.

If you’re looking for the smallest dog that you can ethically choose, the Yorkshire Terrier is one of the most compact dog breeds in the world. A small Yorkie can weigh as little as 4 pounds! The silky coat of the Yorkie belies the fact that they’re a hypoallergenic little dog, who hardly sheds at all. If you’re looking for a tiny dog that stays small, the Yorkie is the pet for you. 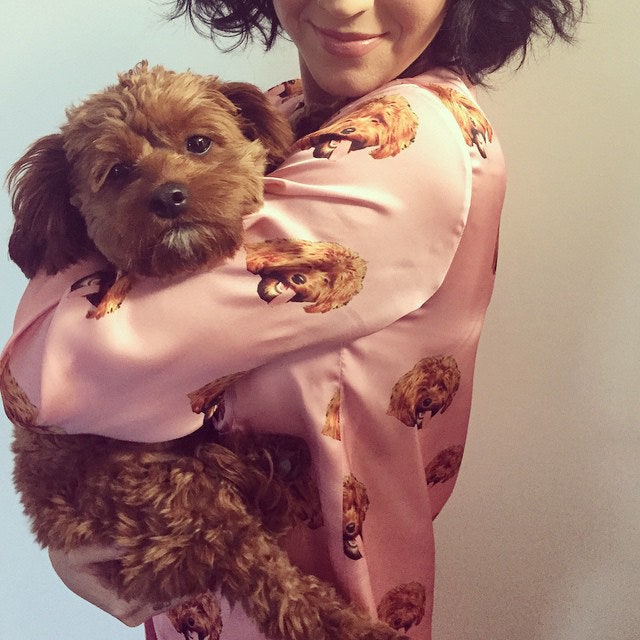 The Maltipoo is a mix between a Maltese and a Poodle, usually bred for those who suffer from allergies to dogs and dander. As the Poodle is a hypoallergenic, non-shedding breed, this genetic trait is passed along to the Maltipoo offspring. From 5 pounds to 20 pounds, the Maltipoo is a sweet little dog, with oodles of character. 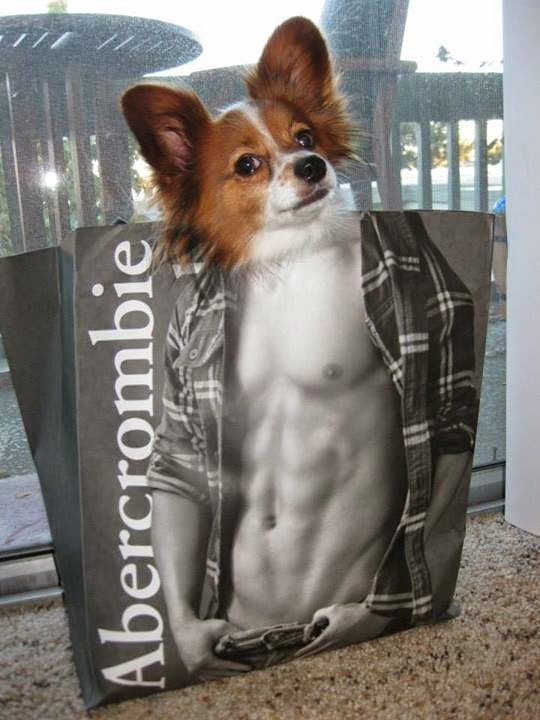 The Papillon with their butterfly shaped ears is a small, feathery dog that comes in a range of colors. Energetic and hardy, their personality may seem more fitting of a boisterous, larger breed. If you love the energy and excitement of a bigger dog, but only have the room for a smaller companion, the Papillion is an excellent choice for an apartment pet.

4.2 pounds is the smallest weight of the Pomeranian, although we’re unsure how much weight that trademark fluff adds! Delicate and particular, the Pomeranian can also be a vocal companion. Keep that in mind if you have neighbors on all sides of your apartment! On the plus side, this makes the Pomeranian an excellent watchdog. The postman is unlikely to sneak past this little fluffy football. 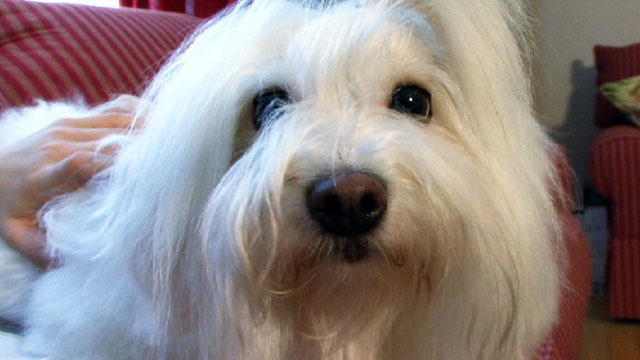 At first glance, the Coton de Tulear bears more than a passing resemblance to other tiny non-shedding breeds like the Shih Tzu and the Maltese. But if you stare at the Coton de Tulear for a while, you’ll start to notice the wizard-ish facial features that sets this little breed apart. With the smaller Coton’s weighing in at 7.7 pounds, this dog is an affectionate and happy-go-lucky breed that is an adaptable fit for the majority of homes.

The Dachshund weighs between 16 and 22 pounds making this sausage dog a little larger than some of the other small breeds on this list. However, with their itty-bitty legs and, ahem, a round tummy which can account for the lion’s portion of the Doxie’s weight! The Norfolk Terrier hails from Great Britain and is a spirited companion! This little fella could easily sit inside a TSA-approved dog carrier, but the slight Norfolk Terrier has a dash of a Napoleon complex! Independent, courageous and blissfully unaware of their little size, the Norfolk Terrier has the energy of a larger dog, perfect for an outgoing owner constrained by a small abode!

The Pekingese is also known as the “lion dog” but its nickname isn’t referencing its dinky stature. The Pekingese looks as if they’re 90% fur and 10% dog, as evidenced by the dramatic deflation of the Pekingese post-haircut! Silky and slim, this long coated terrier is another member of the tiny dogs that don’t shed club. Strong-willed and energetic, the Silky Terrier will tire themselves out by running in circles around you. Luckily, the Silky Terrier weighs in at a miniscule 8 to 10 pounds, so they don’t need a lot of room to run amok!

Ultra tiny and ultra cute, the lilliputian Toy Fox Terrier is very active, and very loyal. Although they need moderate (by human standards) exercise, the Toy Fox Terrier will do fine in an apartment without a yard. Exercise your Toy Fox Terrier with indoor games and plenty of interaction to keep them from getting bored!

15 Times These Old English Sheepdogs Should Have Broken The Internet

35 Fun Ways To Make Your Pooch One Happy Dog

Stranger Strips Down To Save Elderly Dog From Raging River