For sports fans, the Super Bowl isn’t always a joyous occasion. Traumatic injuries, unfair defeats , bad weather have ruined games. Someone always comes away from the Super Bowl a loser. But do you know who loses in the Puppy Bowl? Nobody!

The Puppy Bowl was inspired by the static image of a burning log sometimes played in homes during Christmas. Animal Planet assumed that those avoiding the Super Bowl (or looking for a bit of pre-gaming background imagery) wouldn’t care what was on TV, as long as it was nice to watch! And who doesn’t love watching puppies?!

Best of all, the Puppy Bowl was a vehicle to showcase shelter dogs in desperate need of homes. All the puppies featured on the Puppy Bowl are adoptable and from a shelter.

How Can I Adopt A Puppy From The Puppy Bowl?

The Puppy Bowl isn’t live, and is filmed months prior to airing in October. Many of the featured puppies are already adopted by the time Puppy Bowl airs in February. But if you see a puppy that you’ve fallen in love with, there’s no harm in double checking! Animal Planet lists all the shelters from which the Puppy Bowl players are scouted from. You can check in with those shelters in search of your Puppy Bowl soulmate, but keep an open mind! You may fall in love with another pup-in-need along the way!

Step One : Assemble The Food

If you’re into cooking, there is no limit on Puppy Bowl themed cuisine that you can share with your dog. Did you know that  you can even buy “dog beer”? It’s not alcoholic, but it does taste “beefy.” 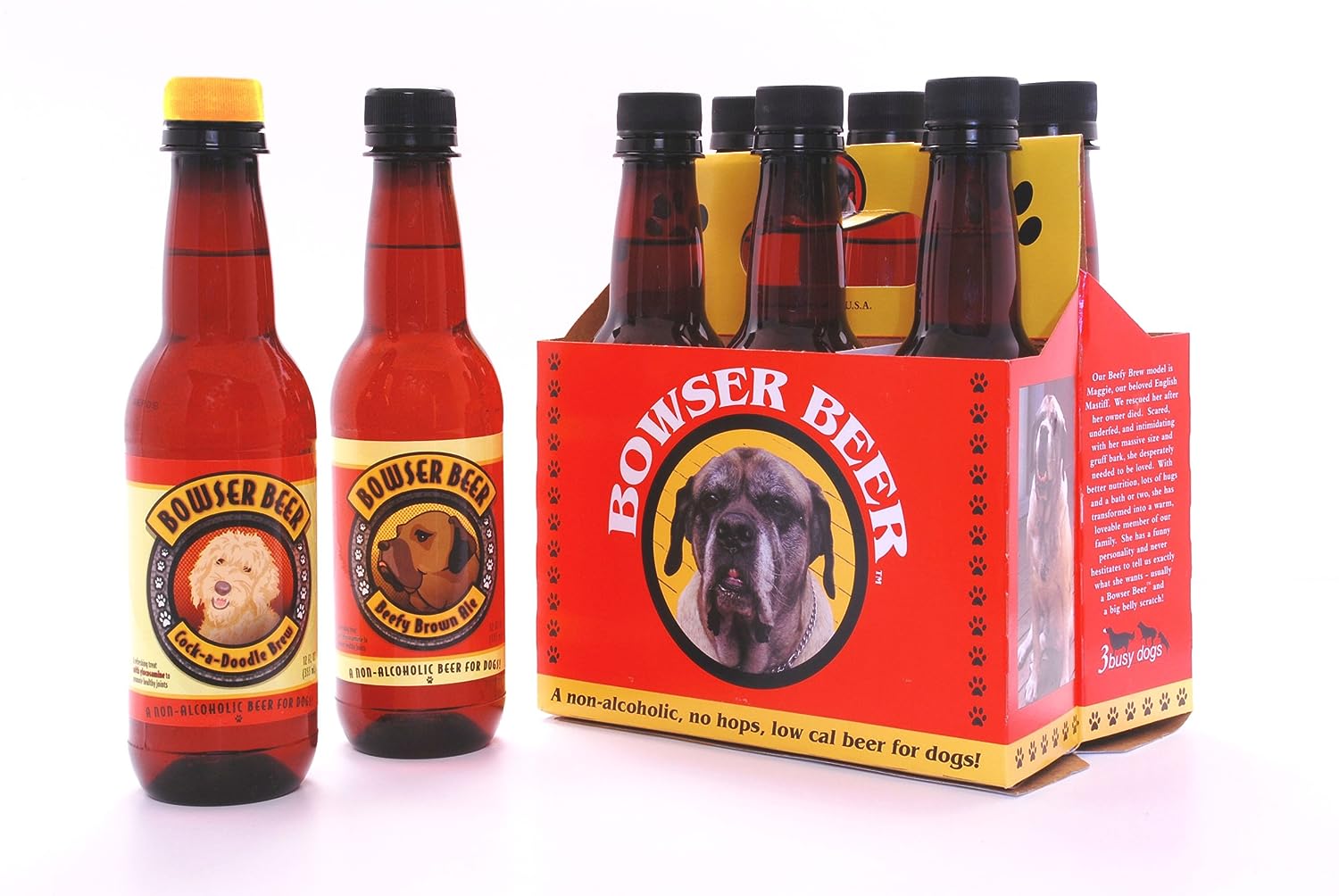 If you’re having a regular ole Super Bowl party, a self-serve hot dog bar is an awesome way to feed a lot of people with minimal supervision...human supervision that is. Although your dog can have a tiny nibble of a hot dog, keep them away from onions and garlic which is highly toxic for dogs.

Otherwise, there is only one solution for game day cuisine: Domino’s.

Step Two: Get Fired Up About This Year’s Contenders

Get to know the competitors of this year’s puppy bowl.

Are you Team Ruff or Team Fluff? If you happen to own a smartphone with VR capabilities, you can also watch the 2017 Puppy Bowl in 3D!

Test your doggy knowledge with DogPack’s dog breed quiz. Can you tell your Dachshund from a Dalmatian? See if you can recognize the lineage of ex-Puppy Bowl MVP’s, like Falcor!

Grab a beer and a slice of pizza and turn the channel over to Animal Planet for the most adorable puppy punters in the business!

Head outside and burn off some doggy biscuits with your own dog. Past kick-off, all your neighborhood parks and beaches are likely to be empty! Take advantage of it, or y’know, join your friends to watch the regular Super Bowl!

How will you celebrate the Puppy Bowl? Sound off in the comments!

“Can Dogs Sense Pregnancy?” And Other Questions A Mom-To-Be Has For Her Dog

Let’s All Send Some Love To Military Working Dogs!